As some of you who have kept a close eye on my ‘Post ivf’ journey so far, one of my major issues, that has come from my infertility is control!

I have an innate need to control everything around me, and when i feel like i am loosing this control, that is mostly when my Anxiety plays up and makes me really REALLY ill!

My symptoms are usually a mixture of;

The below quote pretty much sums up my feelings on why i get anxiety. (not originally my quote) Food is something i can control the most…

One of the issues that i have managed to have most control over since the beginning is the intake of my food, i have, over the years had a very unhealthy Love/hate relationship with food, but it has been the thing that others have been less able to control for me and i feel like its mine, something that i can let myself have, or take away!

I have been full on Anorexic, i have been very over weight, and i have had times when i am teetering on the edge of anorexia again, its like i never learn!  Very rarely have i been able to get it to a happy medium where i am ‘happy’ with my weight.

I guess so, i can’t fathom it though, i cant even imagine a time where i would look in the mirror and be okay with what is looking back at me!

Saying all this, at the weekend a really big thing happened for me, hubby was out and i had a lovely chilled night in, candles, healthy dinner, TV, shower and an early night, they really help me prepare for the week ahead and get my thoughts in to order! (and i am a sucker for routine)

When hubby came home he brought with him a big bar are Oreo dairy milk, usually, i would freak out, my stomach would be doing flips and my anxiety would sky rocket, i would be freaking out that i had to eat it, because he did something nice for me by getting it, and i wouldn’t want to upset him, but i would know that the guilt i would feel after would be almost unbearable, and i wouldn’t want to do that to myself, i would end up being really snappy, not having any and hiding away from it as much as possible until it would all have been eaten by him!

But, some major personal growth seems to have occurred, i managed to tell him thank you, that i didn’t want it all and that i would have a square, he replied that i can have as much as i want and he would eat the rest, and i actually really enjoyed eating it, i had a banana on the same plate as it make me feel less guilty, but i really did feel okay eating it, and although there was some guilt the next day, it didn’t eat me up inside like it had the potential of doing! 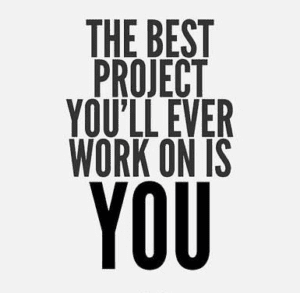 For some, i am sure i sound insane here, but living with an eating disorder and anxiety on top, is not a good mix, and the reason i need the control over these things is so i feel like i can control the anxiety as much as possible.

Hubby knows how i can react, and he was so proud that i dealt with it in that way, he was even happier that i had eaten some chocolate. As many of you who suffer from something similar will also experience, sometimes the pressure from friends and family to eat can make it all so much worse, but it made me happy to see him happy, and that he felt like we were talking steps forward, which, it seems we are!

For a long time, i have put this love/hate relationship with food on a back burner, i have had other things to concentrate my mind on, although i appreciate this is not really a good way of looking at it!

But i am now trying to help myself and open my eyes to other ways of being ‘healthy’.

I hope you are all having a positive week!